Watch below to understand #16days concept

Watch our Recap video of #16days

The story started few weeks into the summer, before I got the US. I met Kiran Gandhi at Bellagio Center where we were both taking part in two weeks residency under the theme of “youth as agents of transformational change” . I have recorded couple of verses in Arabic in her studio and we talked feminism.

By end of October, I caught up with Madame Gandhi in the Hague and went live on Facebook announcing her India Tour and talked #Religion #Power and #TheFutureIsFemale 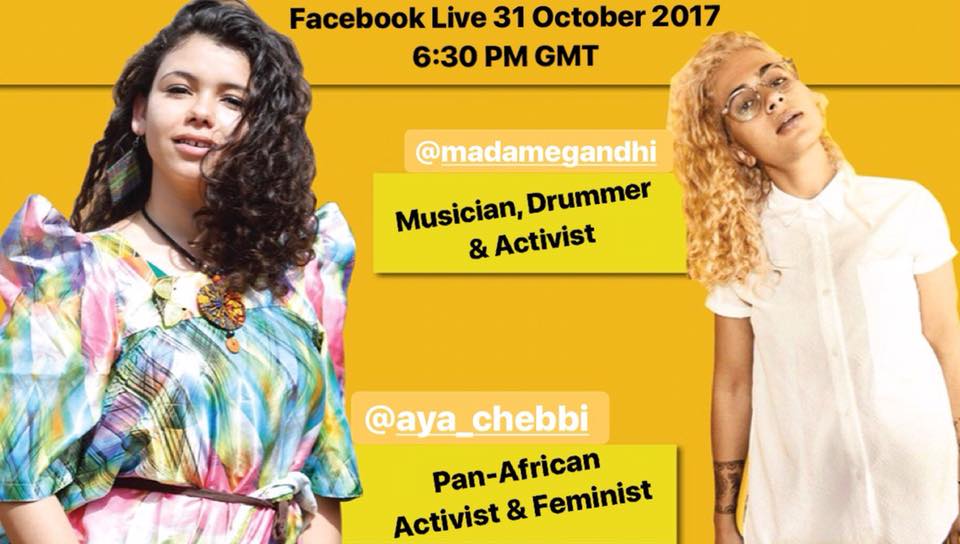 We made our first Vlog at the city park

Part of #16days is to talk to women during our road trip. Few hours before leaving the beautiful New Orleans, we met Sara Hernandez, 18 years old inspiring skater who wants to empower other girls into the male-dominated skateboarding.

In New Orleans, Louisiana we met Sara Hernandez, 18 years old inspiring skater, Madame Gandhi’s fan.
Sarah wants to empower other girls into the male dominated skateboarding. She believes instead of being competitive we should be collborative
#16days #theFutureIsFemale #GirlPower 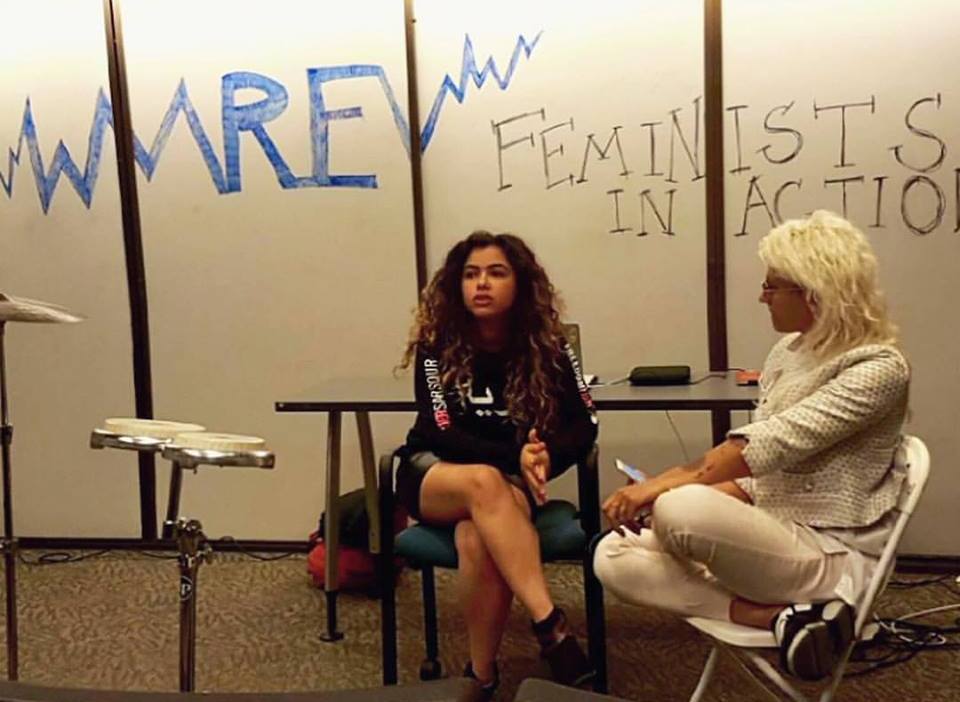 I also got interviewed by WussyMag here.

As usual the moment we arrived to Raleigh,, Kiran had to do soundcheck at Hopscotch Music Festival where she was performing

We spent an inspiring time at Moog Music Inc. During our exploration of the town, we ended up in a beautiful drumming shop called Hapi Tones Hapi Drum, where Kiran got a beautiful hang drum with a healing sound and we met the inspiring Emily Ademitria, a young drummer who enjoys the spirituality of drumming among women

In DC, we gave a talk at GeorgeTown University – video coming soon…

I missed Kiran’s performance at Pabst Music Festival Electric Factory as I had to leave earlier and it was really hard to say good bye.

It’s been such an honor to have joined Madame Gandhi on her powerful southern Tour, blog for #16days and share platforms at Emory Uni and Georgetown Uni talking #PanAfricanism and #GlobalFeminism , I leave Philly very inspired by our journey from New Orleans to Mobile, Mongamery, Atlanta, Raleigh , Asheville And Baltimore #OwnYourVoice #TheFutureIsFemale Follow Madame Gandhi on Spotify and Instagram and feminize your music!